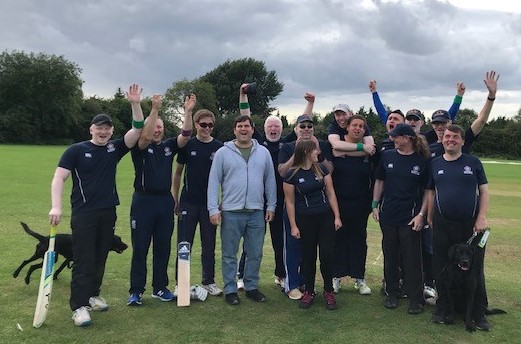 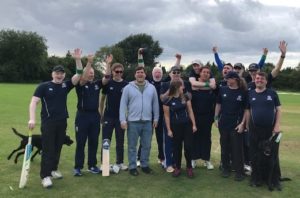 The Northamptonshire Steelbacks visually impaired cricket team won the BCEW (Blind Cricket England and Wales) National League yesterday for the first time in history. They played Lancashire’s visually impaired cricket team – who were 192 all out – with the Steelbacks making 193/0 with David Howells 115 not out from just 54 balls and Shah Miah 53 not out.

“This is an amazing achievement and is Disability Sport at its best. We’ve all worked really hard and it is so great to have that hard work rewarded. It also shows that visually impaired people can go on to achieve their dreams and live life to the full.”
Another player, David Howells, aged just 16, recently won a prestigious Sports Aid award presented by England Cricket legend, Matthew Hoggard MBE (pictured) which recognises talented, upcoming, athletes. David is in very good company as other notable winners include Sir Chris Hoy, Sir Mo Farah, Dame Jessica Ennis and Dame Ellie Simmonds to name a few!! 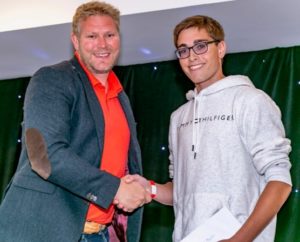 Sports Aid is a national charity dedicated to helping talented athletes like David achieve their ambitions. Their patron is the Royal Highness the Duchess of Cambridge.