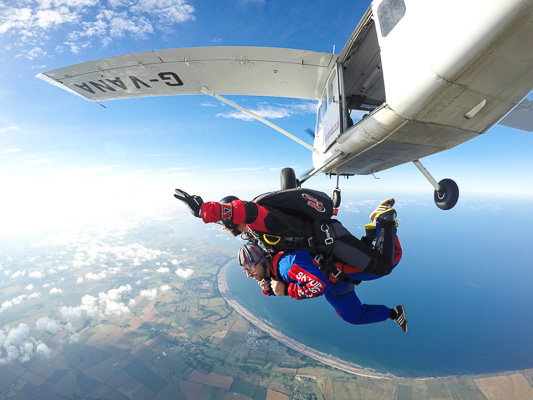 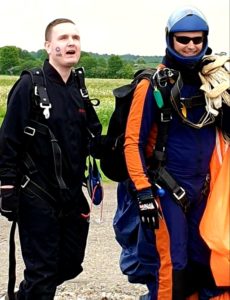 Hugh Spence from Northampton and Paul Bepey, who are both totally blind, jumped from 13,000 ft in a tandem Skydive yesterday to raise money for local sight support charity, NAB.

Hugh and Paul were among 10 brave Skydivers taking part in the Fundraising event at Hinton Skydive Centre near Brackley, raising more than £2000 for the charity but money is still coming in. The event was also a strong reminder that people who are visually impaired can often do almost anything their sighted family and friends can.

Hugh has a condition called sarcoidosis which causes inflammation around the body which has affected his eyesight. He went totally blind overnight aged just 16.

Paul, who lived in NAB’s accommodation in Northampton for a period, has only had light and dark perception since birth caused by being 8 weeks premature. 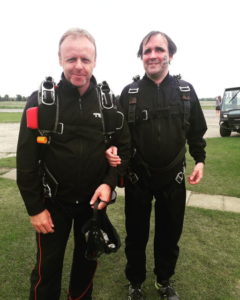 “The thrill of coming out of the plane is something I will never experience again. It was fantastic – one of a lifetime and I am so happy to have done this while raising money for NAB.”