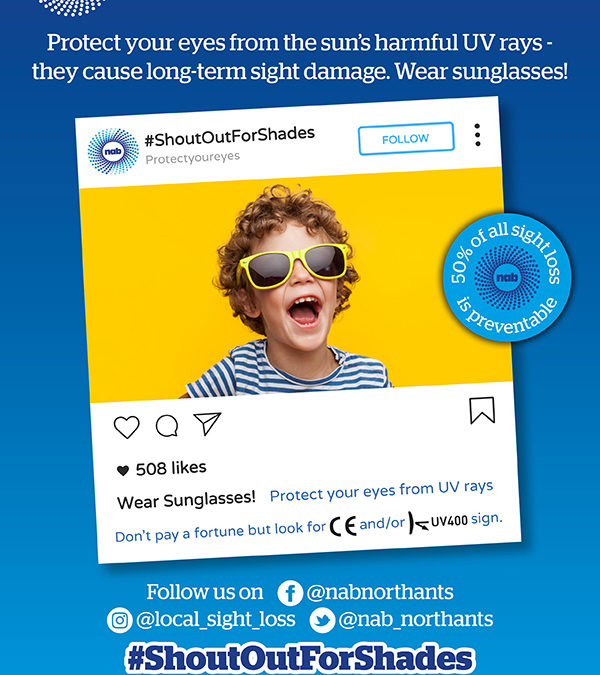 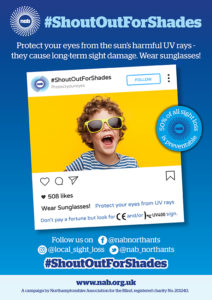 This Spring, NAB is launching its #ShoutOutForShades campaign which aims to increase awareness of the need to protect your eyes from the Sun’s harmful UV rays. Our eyes are up to ten times more sensitive to UV damage than our skin and yet 50% of people don’t protect themselves by wearing sunglasses.

The campaign is particularly aimed at younger people as 80% of the eye’s lifetime exposure to UV light is reached before the age of 18, which makes UV protection particularly important in childhood. Because children’s eyes have larger pupils and clearer lenses, they are more susceptible to sun damage. Plus, despite children generally spending more time outdoors than adults, 70% of them still don’t wear sunglasses in the UK.

NAB is hoping to work with Primary Schools across Northamptonshire, as well as a number of local Opticians (to be announced), to raise awareness through the #ShoutOutForShades campaign which is a fun way to highlight a serious message.