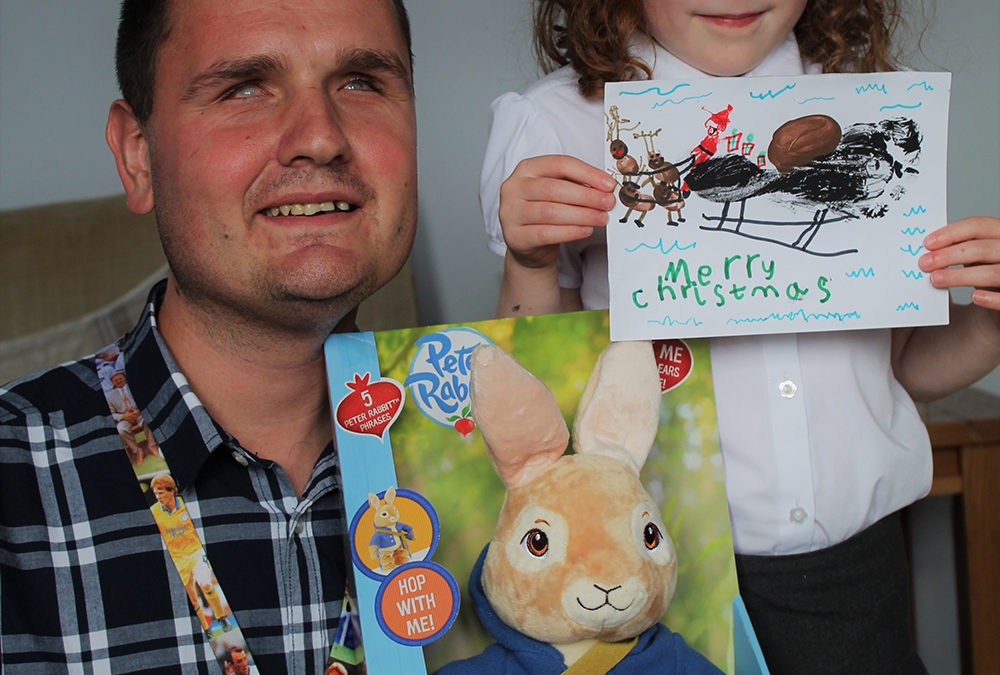 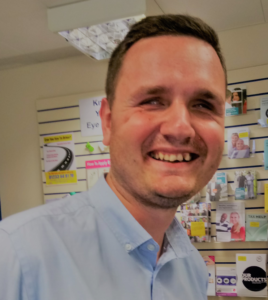 Ten years ago, Hugh Spence sat “doodling” on a GCSE exam paper. He couldn’t see the questions on the page, and knew that his sight was deteriorating.

Within six months he was totally blind – a devastating blow for a 17 year-old. School was behind him and the future stretched emptily ahead.

With no qualifications how would he get a job? Would he be able to do things for himself, live independently, or be a burden on his family? Would he miss out on the social life that all his friends were now enjoying?

It was a difficult time, but today Hugh can look back, not with regret, but with pride and great positivity. He is a valued member of staff at Northamptonshire Association for the Blind (NAB), heading up its Children and Families Services. He has his own flat, does everything for himself and is as socially engaged as any of his contemporaries.

In fact Hugh is adamant that were it not for his blindness, he would never have done half of the things he’s achieved. Like entering (and winning) the County’s “Strictly”-based Dancing with Asda competition some years ago; white water rafting or abseiling down the Northampton Lift Tower. His next challenge will be a sky dive in aid of NAB.

Hugh was born with Sarcoidosis, a rare inflammatory condition that can affect many parts of the body, including the eyes.

It came to light when, aged 4, he had an eye test (as he was tripping over things and walking into lamp posts) and hospital diagnosis and treatment quickly followed. Over the coming years, despite the removal of cataracts on both eyes, Hugh’s sight worsened.

“Somehow I missed out on any practical help during my childhood,” Hugh says. “At school my behaviour was poor. I was often angry and disrespectful of authority. I thought that since I couldn’t see to do the work I might as well just play around.”

He often returned home with black eyes after bumping into things, but would tell his parents that it happened while playing football. “I didn’t want to admit to myself that my sight was going, so I just covered it up as best I could.”

When NAB’s Community Support Worker responded to a call from his parents, Hugh was heading for failure in his GCSEs and had become depressed and isolated from his family and friends.

He was encouraged to visit NAB’s Activity Centre and after popping in to buy a liquid level indicator (to help him pour out drinks) Hugh never looked back! He overcame his reservations and started attending regularly, becoming a valued volunteer.

With “tough love and encouragement” from staff and other visually impaired people he met there, his confidence and independence grew. NAB funded 2-year tuition to gain his NVQ Level 3 in Health and Social Care and shortly afterwards employed him as job as assistant on the newly-established Children and Families Support service, which he now oversees.

“Leaving home at 24 was a big step for me,” Hugh recalls “but now I can cook, clean and do everything for myself, including going out shopping and paying the bills!”

Like most young people, he uses his IPhone extensively and finds Alexa a great help at home! And he is hardly ever in these days – unless he’s got friends round to watch the football.

As a member of Northants Steelbacks Visually Impaired Cricket Team Hugh travels all over the country and is comfortable going solo on buses and trains using his white cane. The next step is to arrange his own holiday abroad.

“I wouldn’t change my life for anything. There have been dark times of course, but I believe life is what you make it. I am proud of what I have achieved and want to help others overcome their barriers too.

“I would advise anyone who loses their sight to focus on their ability, not their disability. By remaining positive, you can live life to the full and realise your ambitions too.

“I may have lost my sight, but I have found myself in the process.”