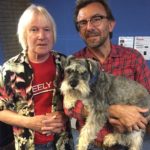 At the end of June local musician Nick Evans  dropped off  a recording of I ‘ENT BIN NOWHERE  to Bernie Keith to play on his BBC Radio Northampton breakfast show and was most surprised and delighted to get a call from Bernie’s producer stating they had been inundated by listeners asking where they could get a copy from. As Nick’s wife Anne has been a volunteer at NAB’sKettering Charity Shop for many year he deceided that he would use the exposure for the single to raise funds and awareness for NAB.

Played on Bernie Keith’s show it received a lot of interest and Nick, working with friends and NAB decided to release this as a charity single. Nick and Marketing Manager Stefanie Weldon spoke on Bernie’s show Wednesday 13th July to tell all the keen listeners how to get hold of a copy! 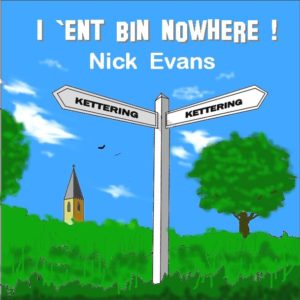 Heard the Tune and want to purchase it?
Visit any of our four locations to pick up a CD: